We can help you to sell Charles Pears original artwork with a free valuation. We are interested in purchasing original oil and watercolour paintings  by Charles Pears. Clients in the U.K., Europe, USA and worldwide regularly sell Charles Pears artwork to us. We offer a discreet, reliable service with swift payment avoiding 50% auction value fees taken between buyer and seller.

For a Charles Pears Valuation please contact the gallery with details:

He was born in Pontefract in 1873 and became a marine artist mainly in oils.

From 1946 he worked from Holland Park in London and from 1951 from his studio in St Mawes, Cornwall.

He was an illustrator for The London Illustrated News, Punch and the Graphic. Between 1914-1918 and 1940-1945 he was appointed as an official war artist where he also worked on naval dazzel camouflage and propaganda. Many of his war paintings are held by the Imperial War Museum in London.

Illustrated and wrote several books including ‘From the Thames to the Seine’ 1910, ‘South Coast Cruising’ 1931 and ‘Two years before the Mast’.

Charles Pears died in 1958 in Cornwall.

What did Charles Pears paint?

He painted marine subjects of all types including naval battles and vessels along the British coastline.

Did Charles Pears work in other media?

Painted mainly in oils but also painted in watercolour and drawings in chalk and pencil,

There are two prints we see nearly every month. These are two high quality chromolithographs. Normally framed in high quality period frames they are often confused for original watercolours as they are on textured paper. The titles are “Above Greenwich” 1909 and “The Lower Pool” 1909.

Charles Dixon paintings were used in a number of Shipping and Railway posters including Blue Star Line, Red Star Line, Aberdeen Line, Orient Line, Great Western Railways and White Star Line. We also see his images on postcards. There are also vintage colour prints including “The landing at Anzac 1915”.

Where did Charles Pears sell?

He sold direct, at art dealers and exhibitions. We have seen gallery labels and provenance from The Royal Institute of Oil Painters, Connell & Sons Gallery and from auction houses including Bonhams, Sothebys and Christies.

Some titles he exhibited art the Royal Society of Marine Artists include ‘The SS Chessington passing the House of Parliament’, HMS Coventry to the rescue of hospital ship Aba’, ‘Royal Naval College Greenwich’ and ‘The Longships Lighthouse off Land’s End’. 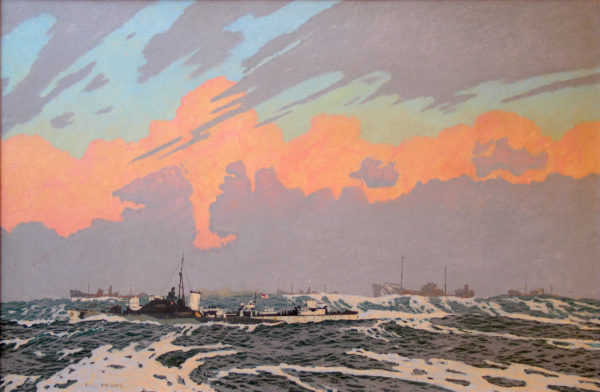 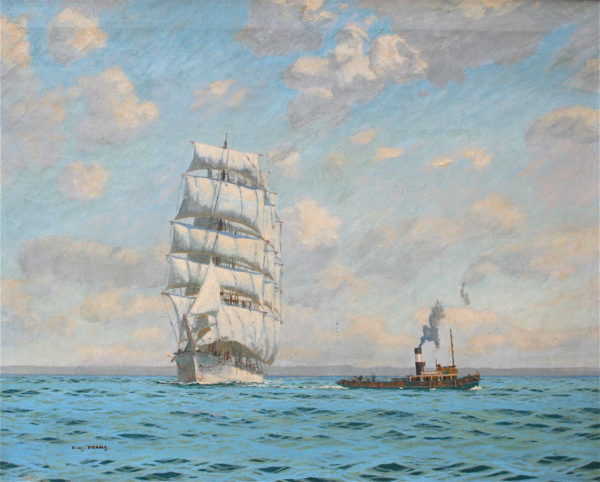 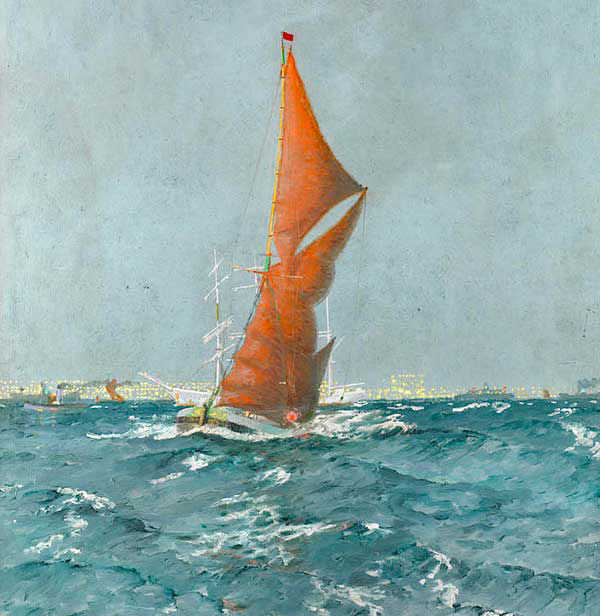 Charles Pears, Southend. This image was used for a railway poster 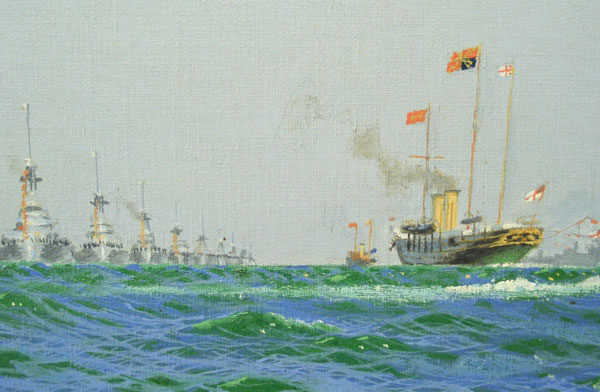