Many of our clients are looking to avoid the high cost of selling David Cobb at auction and so find selling to our specialist gallery a more favourable option.

For a David Cobb Painting Valuation please contact the gallery with details:

David Cobb was born in 1921 in Bromley Kent and was a painter in oils of “everything, of any period, that floats”. He was educated at Pangbourne and Cambridge. From 1941-42 he served in Atlantic convoys as 1st Lieutenant and between 1943-45 commanded MTBs becoming Control Officer MTBs in the North Sea. David Cobb started painting professionally in 1946 in Newlyn. He moved to Hampshire in the 1950s.

He was commissioned to paint a collections of oil paintings of ‘The Battle of the Atlantic’, ‘Navy at War in the Mediterranean’, and the ‘Pacific’ for the Royal Navy Museum in Portsmouth.

David Cobb also painted a series of painting during the Falklands War in 1982 followed by a book “The Making of a War Artist – David Cobb – The Falklands Paintings’.

He lived in Brockenhurst, New Forest, Hampshire and died in 2014.

What did David Cobb paint?

As said before he painted “everything, of any period, that floats”. These include The Falklands War, yachts, dinghies, Cornish harbours, including Newlyn, The Solent, Beaulieu River and Portsmouth to name a few. His work has also been used on railway posters.

Did he work in other media?

Mainly worked in oil with some watercolours and ink drawings.

Where did he Sell?

He sold direct, at art dealers and exhibitions. We have seen gallery labels from Society of Marine Artists, and provenance from auction houses including Bonhams Auctioneers, Sothebys Auction and Christies Auctions.

A recording of his life story can be found here> 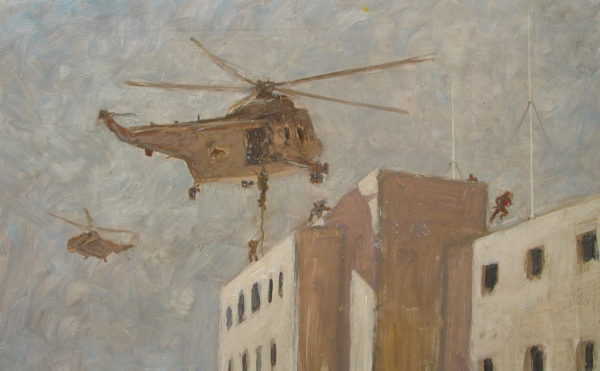 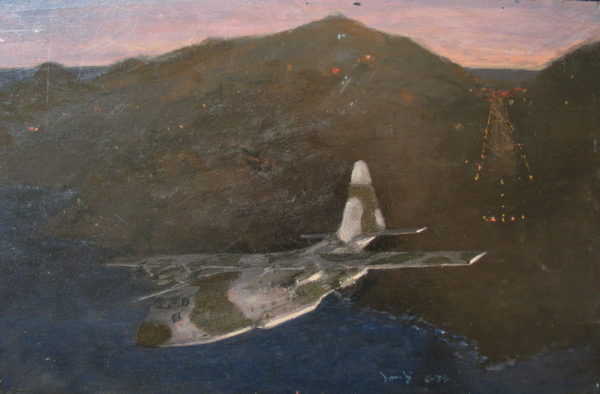 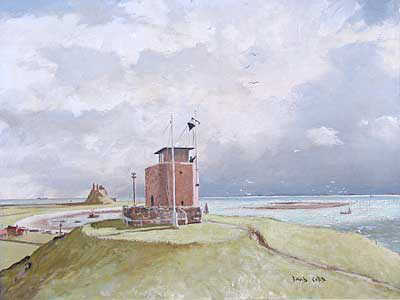 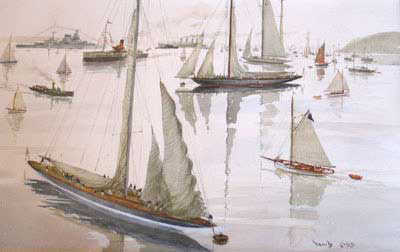 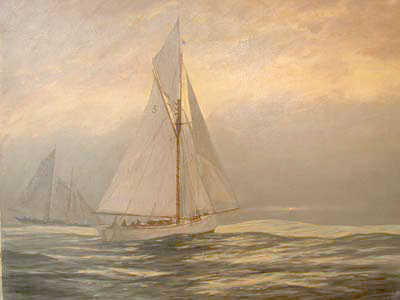 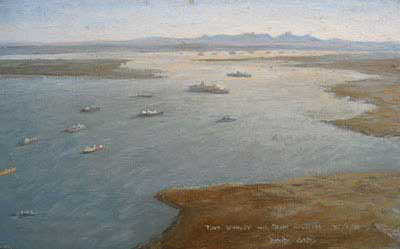 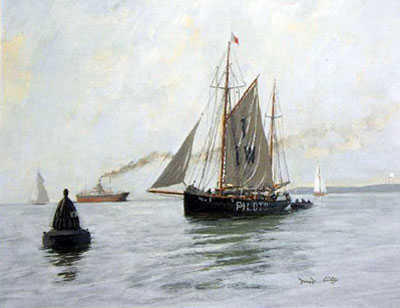