Many of our clients are looking to avoid the high cost of selling John Emms at auction and so find selling to our specialist gallery a more favourable option.

For a John Emms Painting Valuation please contact the gallery with details:

John Emms was born in Blofield in Norfolk. Based in London as an artist he assisted the well known artist Frederic Leighton  when he visited Lyndhurst to paint a fresco in Lyndhurst Church in 1864.

In 1871 he painted a fresco in Sopley Church and in 1872 he moved to Lyndhurst to live. Later he married, moved back to London and finally moved back again to Lyndhurst in 1888, after developing a career as a sporting artist.

With his connection with the New Forest Fox Hounds he was comission to paint many dog and horse portraits.

He suffered a bleed on the brain in 1902 which resulted in paralyses and pain. He was then able to only paint small dog portraits .

However many were handed over to the Stag Hotel in Lyndhurst and local shopkeepers to pay his food and bar bills! Some of these pictures have resurfaced from relatives of these local businesses.

What did John Emms paint?

Did John Emms work in other media?

Mainly worked in Oil on canvas or board with a very few watercolours.

Where did John Emms Sell?

He sold direct, at art dealers and exhibitions. We have seen some gallery labels and also provenance from auction houses including Bonhams Auctioneers, Sothebys Auction and Christies Auctions. 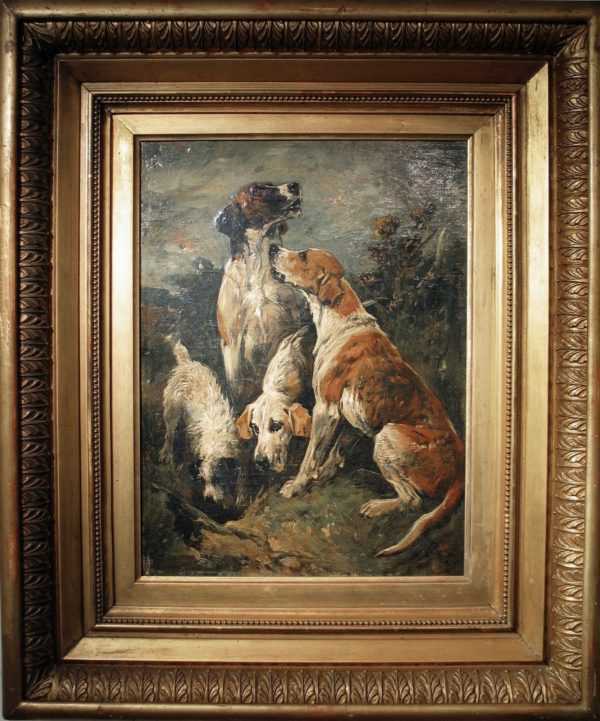 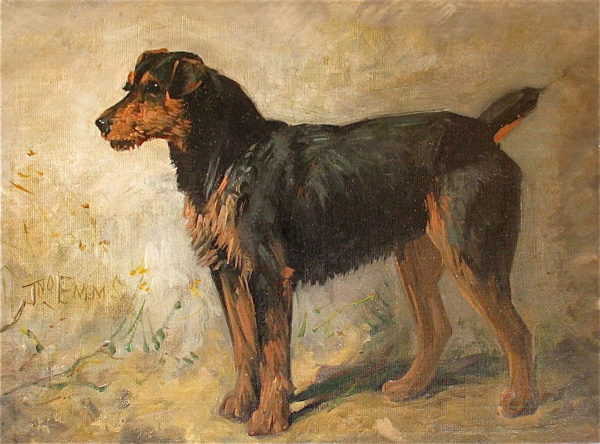 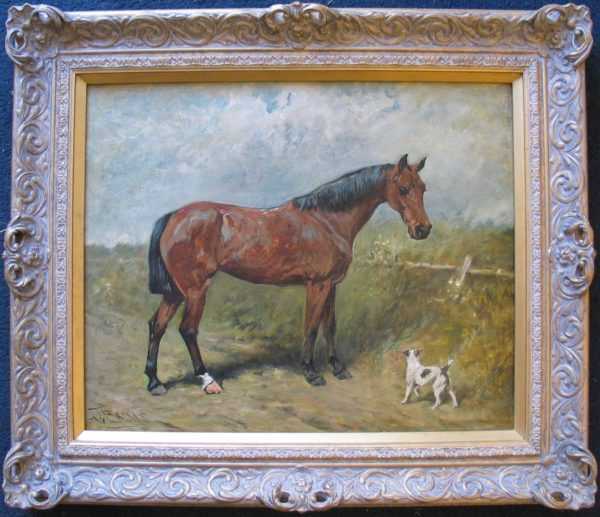 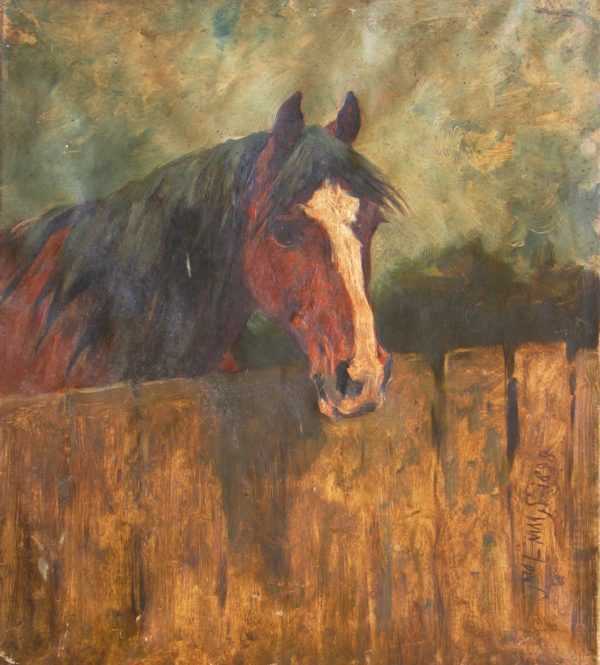 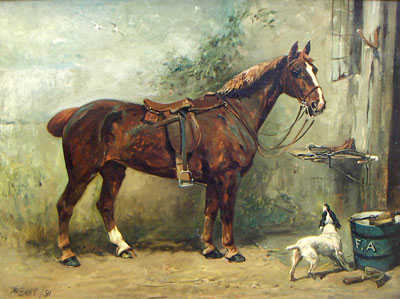 John Emms, Horse and Dog outside a stable 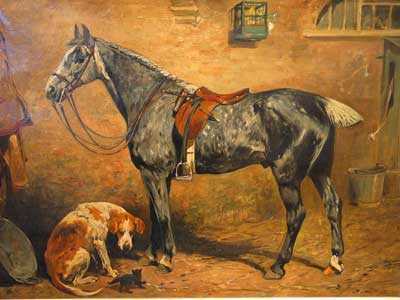