Many of our clients are looking to avoid the high cost of selling Pierre De Clausade at auction and so find selling to our specialist gallery a more favourable option.

For a Pierre de Clausade Valuation please contact the gallery with details:

Pierre de Clausade was born in Paris on the 15th April 1910. Pierre de Clausade did not begin to paint for exhibitions until the age of 31. This was due to his desire to develop an entirely individual technique which necessitated endless experiments lasting many years. In 1943, the artist held his first exhibition in Paris. It was an enormous success and similar results were achieved from further exhibitions that he held during the following years. Pierre de Clausade’s fame quickly spread throughout Europe and soon reached America. In the 1930’s, 1940’s and 1950’s he also undertook commercial work including lithographs for Esso oil and ‘Gala des Bataillons du ciel’.

London, New-York, Montreal, Rio de Janeiro, Sao-Paulo, Lisbonne, Alexandrie, LeCaire, Beyrouth, and Vienne.  Clausade was a member of the Salon d’Hiver and also exhibited frequently at the ‘Societe Nationale des Beaux Arts’. Examples of Clausade’s work are to be found in the Boston and Minneapolis museums.

What did Pierre de Clausade paint?

Did Pierre de Clausade  work in other media?

I have seen a few portraits in crayon and gouache and some lithographic commercial posters.

A few commercial colour prints were produced one being `Clearing Skys` in 1968.

Where did Pierre de Clausade sell?

Some of the Pierre de Clausade’s paintings we buy were acquired direct from the artist with paperwork but others, supporting original labels, may have come from the following: 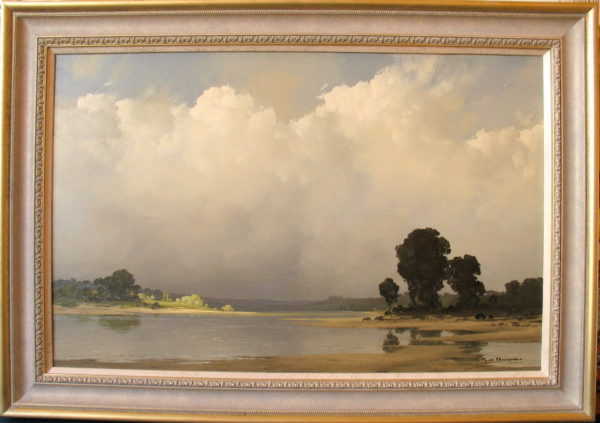 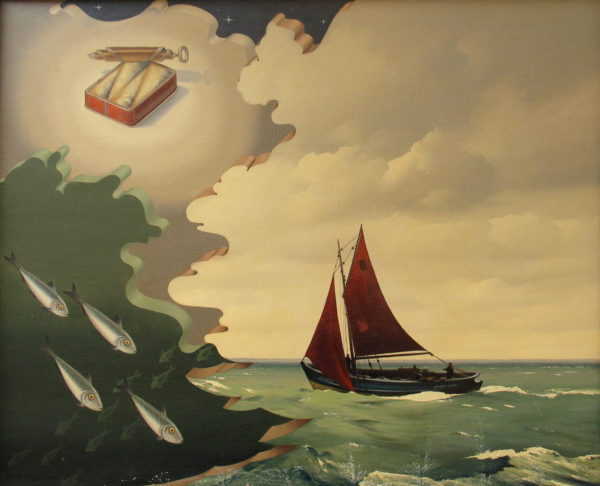 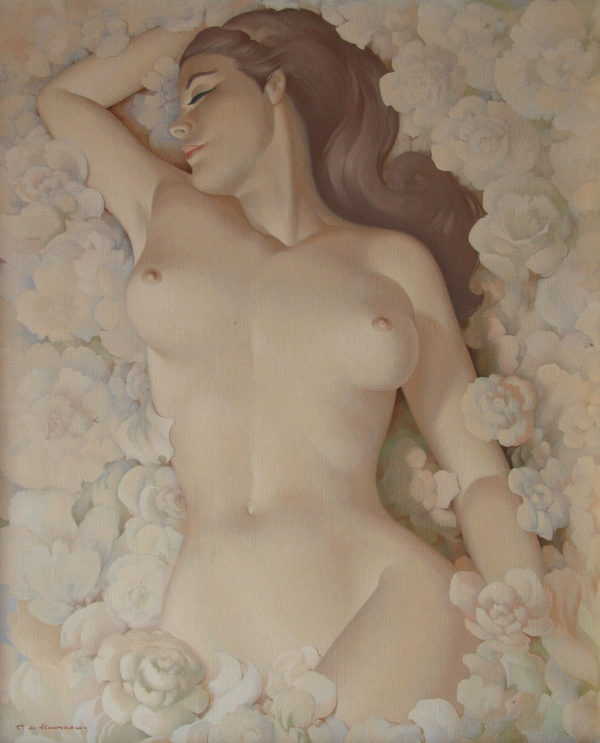 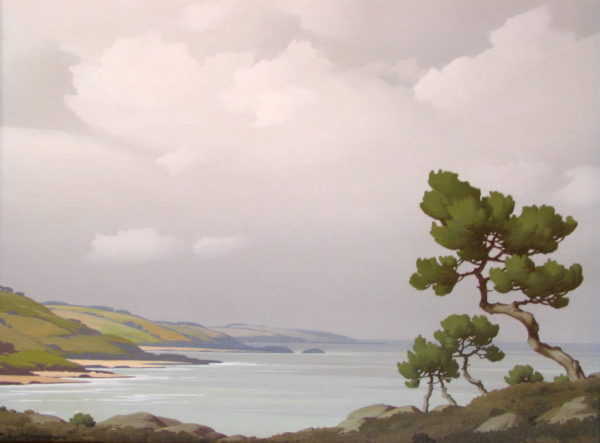 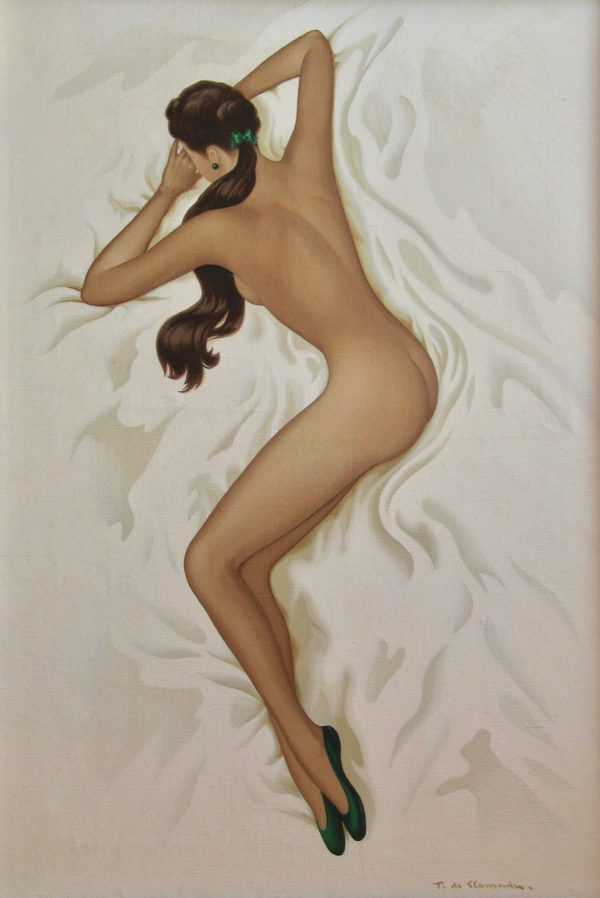 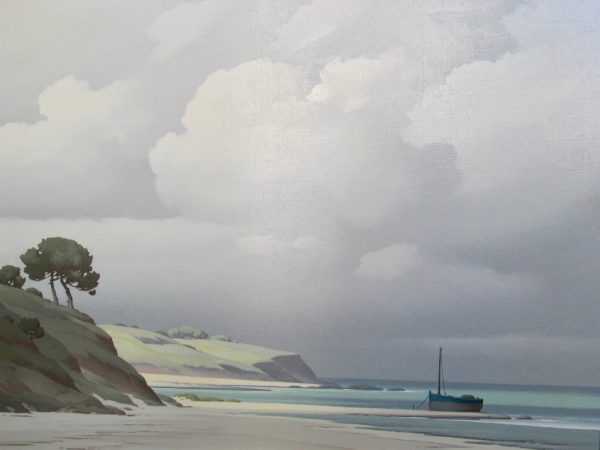 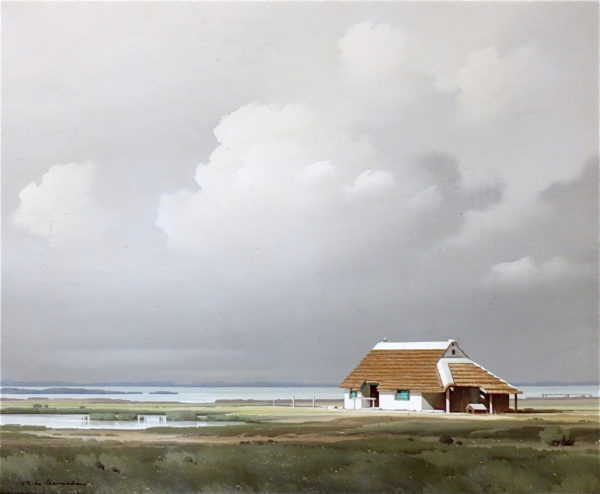 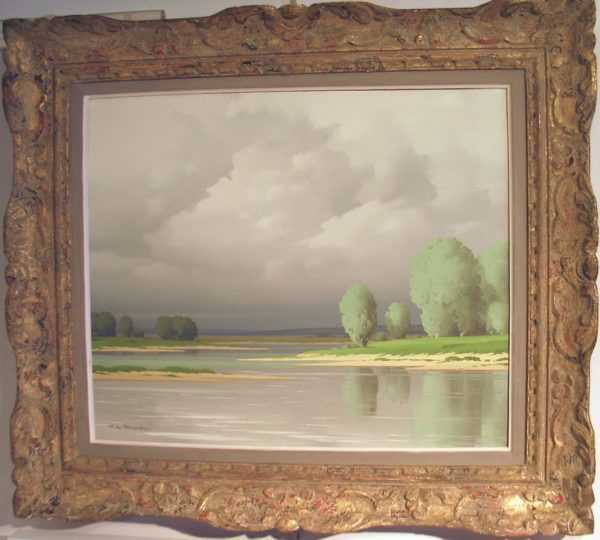 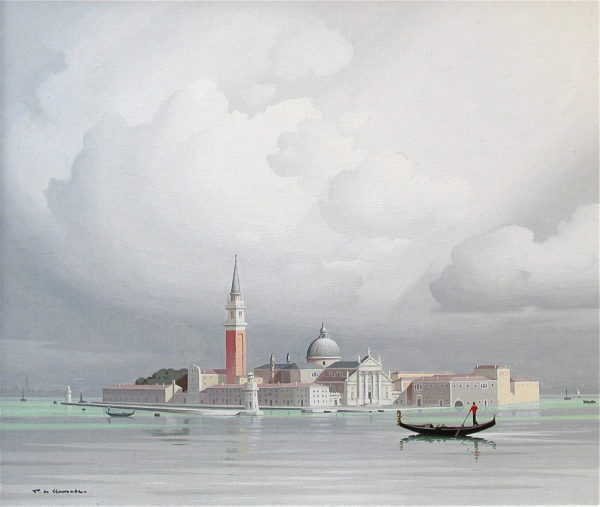