Many of our clients are looking to avoid the high cost of selling William Russell Flint at auction and so find selling to our specialist gallery a more favourable option.

For a William Russell Flint Painting Valuation please contact the gallery with details:

William Russell Flint was born in Edinburgh in 1880. His education included time at the Daniel Stewart’s College, Edinburgh Institute and Heatherley’s Art School.

He worked firstly as a lithographic draughtsman and then a medical illustrator and later for the London Illustrated News in the mid 1900’s. W.Russell Flint also illustrated many books including Savoy Operas by W.S.Gilbert.

In 1936 he became the president of the Royal Society of Painters in Watercolour and later knighted in 1947.

What did Russell Flint paint?

He mainly painted women with many nudes and Spanish dancers after visits to  Spain along with views in Venice, France, England and Scotland.

Did Russell Flint work in other media?

Mainly worked in watercolour with a few oils and some etchings.

During his lifetime he produced a number of pencil signed limited edition prints many publish by Frost and Reed, W J Stacey and The Medici Society, often with a blind stamp.

Around the 1980’s-1990’s these prints were marketed heavily and were seen as an investment but a large number of prints were produced in high numbers. Lists of prices on the secondary market were published with high prices being paid by investors and collectors. Eventually they fell out of fashion with many disappointed investors.

However these are still attractive good quality prints, if not time faded, but now only command a fraction of their peak value.

Unless we are buying a collection we would not normally buy these as they would not be commercial for us to buy.

Where did Russell Flint Sell? 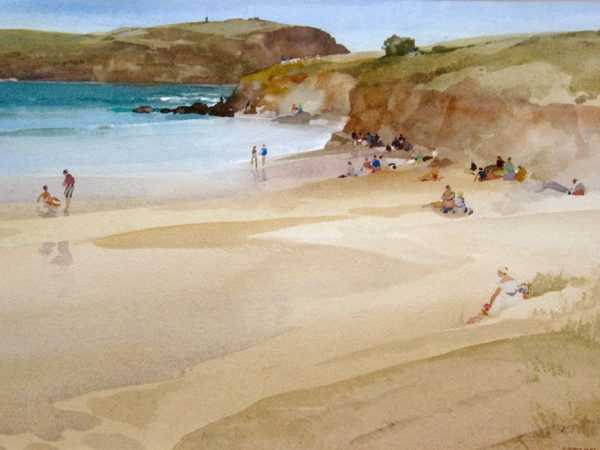 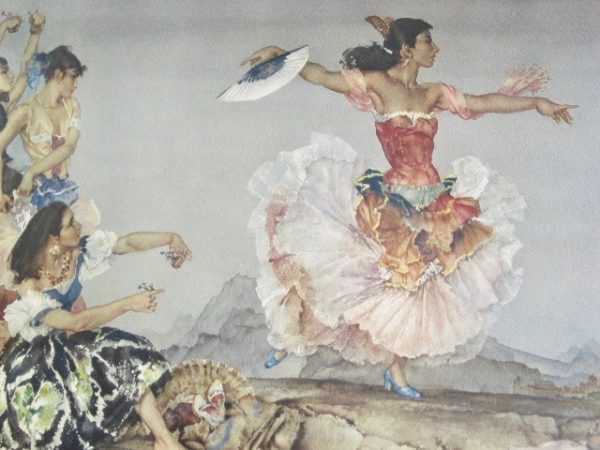 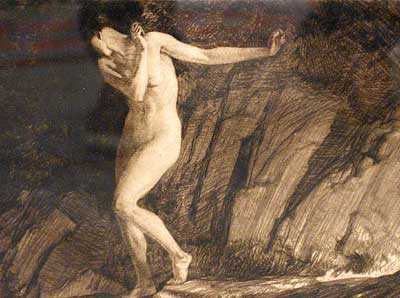 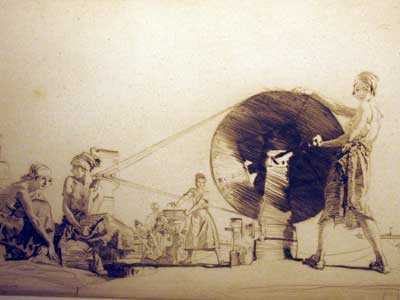 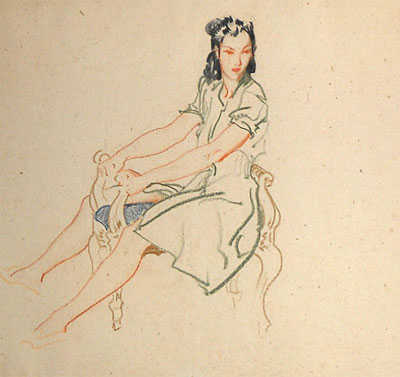