We can help you to sell Henry Scott Tuke original artwork with a free valuation. We are interested in purchasing original oil and watercolour paintings. Clients in the U.K., Europe, USA and worldwide regularly sell this artist’s artwork to us. We offer a discreet, reliable service with swift payment avoiding 50% auction value fees taken between buyer and seller.

For a Valuation please contact the gallery with details:

Henry Scott Tuke was bout in 1858  in York. He was a painter of portraits, figures and marine scenes and is now well know for his male nudes. In 1875 he studied at the Slade School of Art and later in 1880 in Florence at the Florence Academy and in 1882 at Jean-Paul Lauren’s studios  in Paris. HS Tuke painted in Newlyn and then Falmouth, in Cornwall from 1885.

Painting portraits or local sailors and fishermen and then single and groups of male nudes followed. Now being based in Falmouth give Tuke the opportunity to  paint all the passing shipping  including HMS Ganges, The Cutty Sark and King George V’s yacht Britannia.

H.S.Tuke also painted abroad and made trips to the South of France including St.Tropez, Italy including Venice, Algiers and Corfu. In 1923 he travelled to the West Indies and painted watercolours including ‘Kingston Harbour’.

What did Henry Scott Tuke paint?

Did Henry Scott Tuke work in other media?

He painted in Oils and watercolours but also did some etchings.

He produced a small number of etchings around 1878 including La Belle Dame Sans Merci.

Where did the artist sell?

We see provenance and gallery labels from The Cooling Gallery London, Bonhams, Sothebys and Christies. 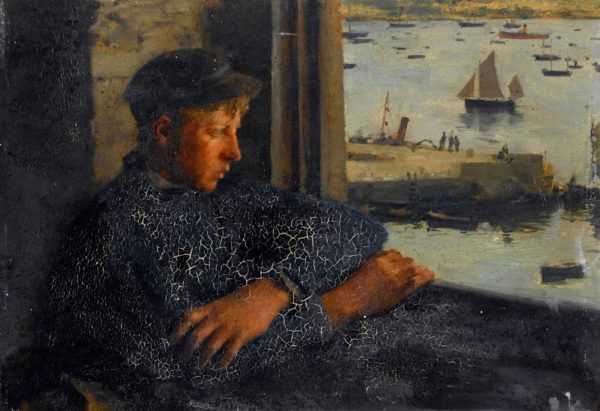 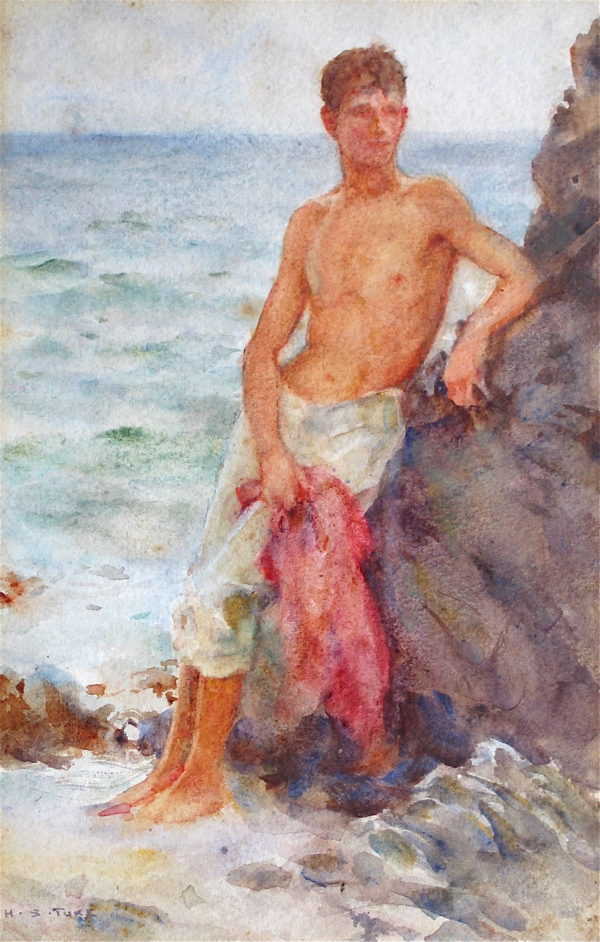 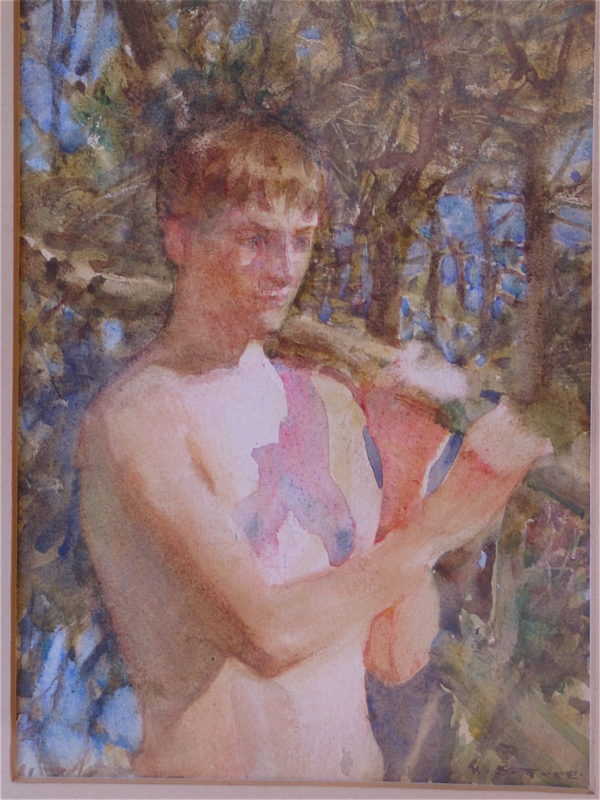 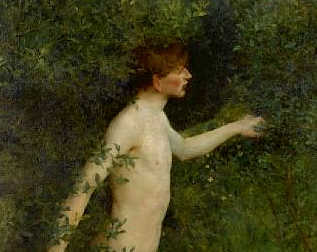 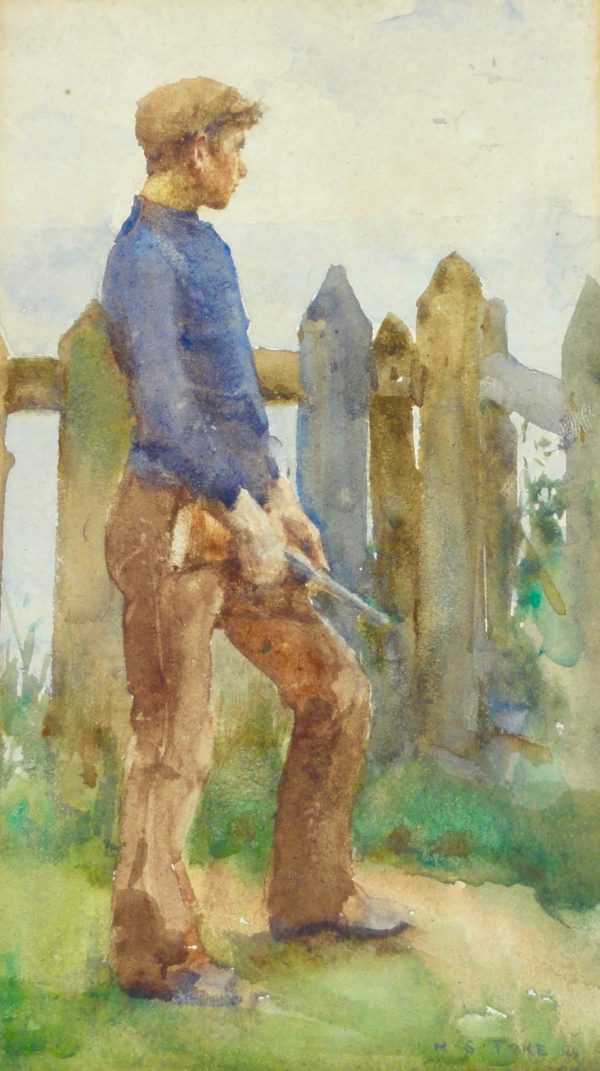 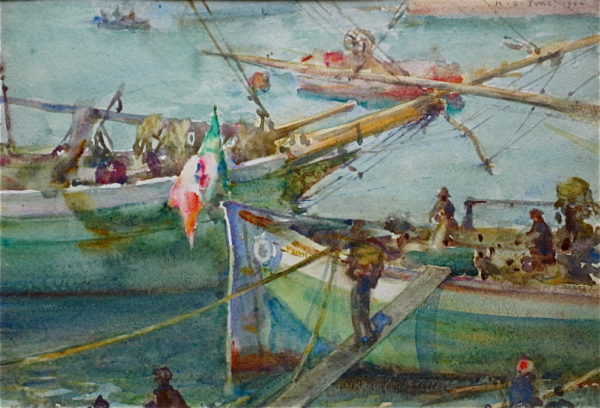 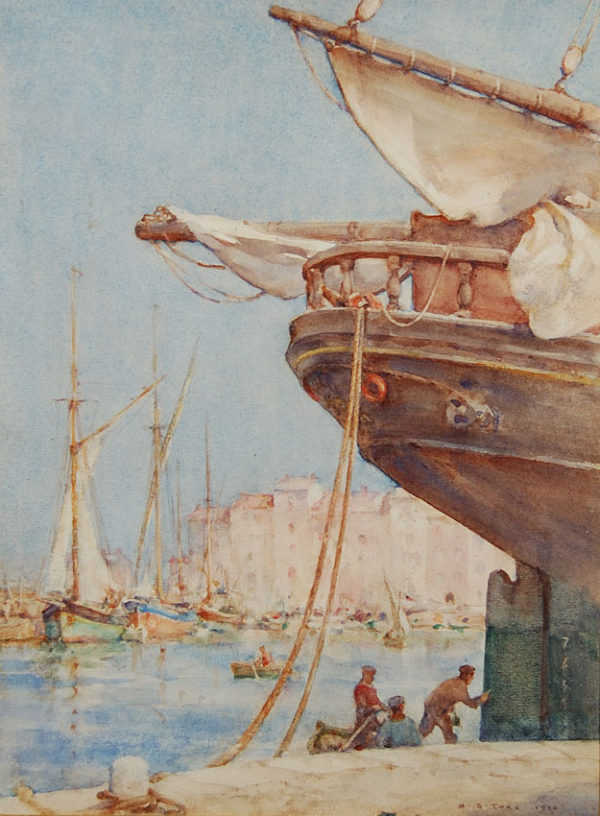 Henry Scott Tuke, Painting the rudder with harbour in the background. 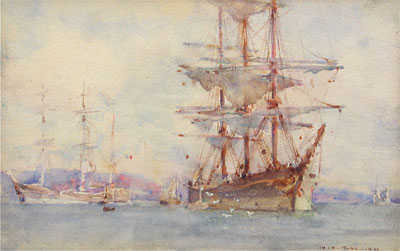 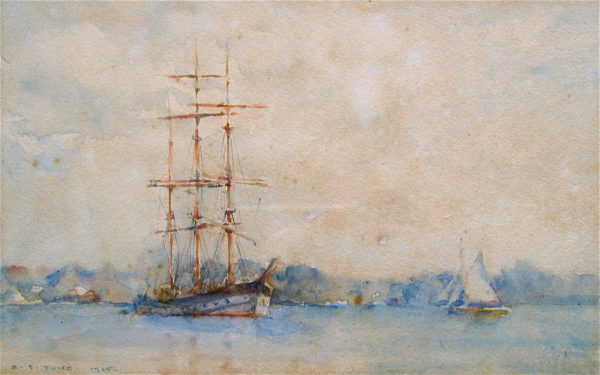 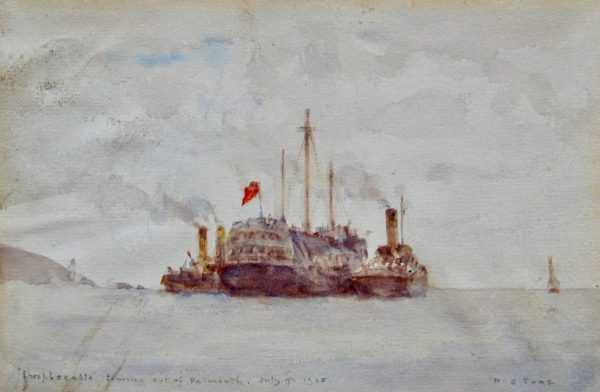 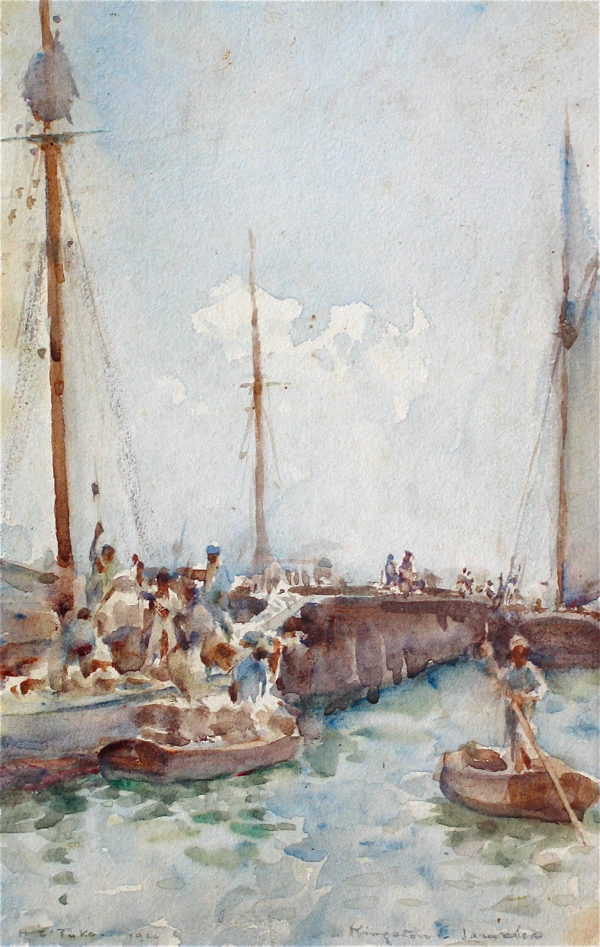