For a Cyril Power Valuation please contact the gallery with details:

Cyril Power was born in Chelsea in London in 1872. He initially studied architecture and worked for the Ministry of Works. Around 1908 he became a lecturer of Architectural Design and History at University College in London writing several books.

During World War One he was in the Royal Flying Corps in the repair workshops. After the war he returned back to architectural work basing himself at Bury St Edmunds.

From the start of the 1920’s he produced watercolours and drypoint etchings. During this time he met fellow artist Sybil Andrews and they both joined the Heatherley’s School of Fine Art in 1922. He then helped setup the Grosvenor School of Modern Art with Claude Flight and Iain McNab, becoming a lecturer.

At this time Cyril Power learned linocutting from Claude Flight with other students from the period including Sybil Andrews. He also worked on prints with Sybil Andrews under the name Andrew Power. Their first exhibition was held in 1929 at the Redfern Gallery with further exhibition in Australia, China and the United States of America.

Cyril Power produced a series of posters for the London Underground of sporting events. At this time Power and Flight shared a studio in Hammersmith new the River Thames which inspired their work. Starting in 1933 they had a run of joint exhibitions at the Redfern Gallery until they closed their studio and went their separate ways. Power moving to New Malden Surry and Andrews to Lymington and then emigrated to Canada in 1943.

What did Cyril Power paint?

Did Cyril Power work in other media?

Where did Cyril Power sell?

He sold direct, at art dealers and exhibitions. We have seen gallery labels and provenance from The Redfern Gallery London and from auction houses including Bonhams auctioneers, Sothebys auctioneers and Christies auctioneers.

Some titles of Cyril Power Linocuts we are looking for: 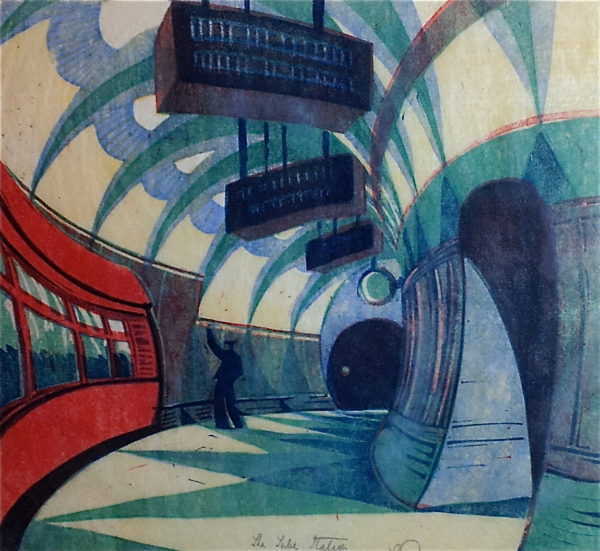 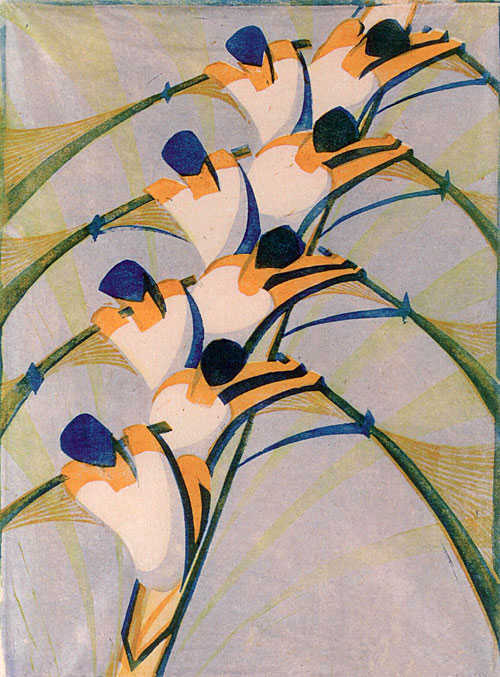 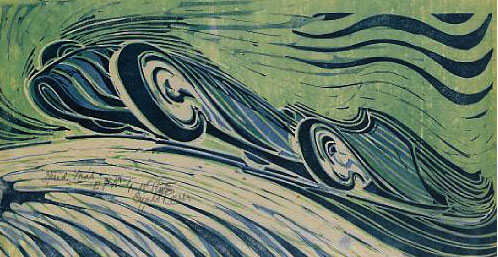 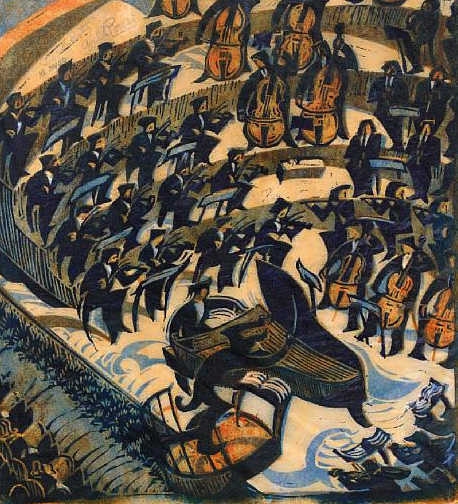 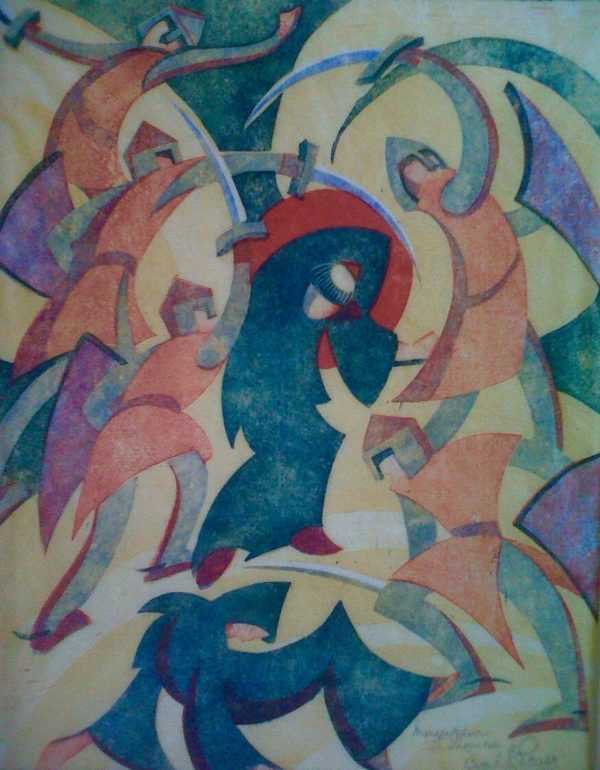