We buy Doyly-John Original Signed Oil Paintings.
How to sell your Doyly-John pictures

We can help you to sell Doyly-John original paintings with a free valuation. We are interested in purchasing original oil paintings by D’oyly-John. Clients in the U.K., Europe, USA and worldwide regularly sell Doyly-John artwork to us. We offer a discreet, reliable service with swift payment avoiding 50% auction value fees taken between buyer and seller.

For a D’Oyly-John Valuation please contact the gallery with details:

Born in 1906 in Germiston, Doyly John’s early life was in South Africa. Before becoming a professional artist he traveled extensively and had many jobs including the Military Police, pearl fishing and life saving.

Doyly John was wounded by a bomb in 1945 which temporarily blinded him and may added to his artistic style in the way he viewed colour. Doyly John started to paint seriously when he moved to South Africa with his wife Joan and supplied London galleries. Doyly John later moved to Cannes before retiring to England to live in Brighton and then finally Rottingdean, Sussex. Doyly-John died in 1993.

Doyly John’s full name is Cecil Rochfort D’Oyly John and on official documents he is recorded as D’Oyly-John. Socially he used the name D’Oyly as a first name but online Doyly-John is also seen.

He signs his work ‘DOYLY-JOHN’ and may have a printed biography on the back. ‘Living in the Sun’ a book about his life was published in 2012.

These were some of the best selling prints of the 1950’s, many bear the publisher’s name ©️Frost & Reed in small writing at the bottom of the print. Titles include The Kiosk – St Tropez, Cafe Bar, the Piazza San Marco, Ponte Vecchio – Florence, The Old Bridge – Venice, The Old Archway, Valbonne, Down to the Beach – Cap Ferrat, Riviera Sun, Georgio from the Riva Schiavoni.

These are unfortunately of small value.

Some of the Doyly John paintings we buy were acquired direct from the artist (Gough’s Gallery of Bognor Regis) with paperwork but others he sold, supporting original labels, may have been sold from the following Doyly John galleries and auction houses: Aldridges, Frost & Reed, Bonhams, Christie’s, Sotheby’s, and Stacey-Marks. 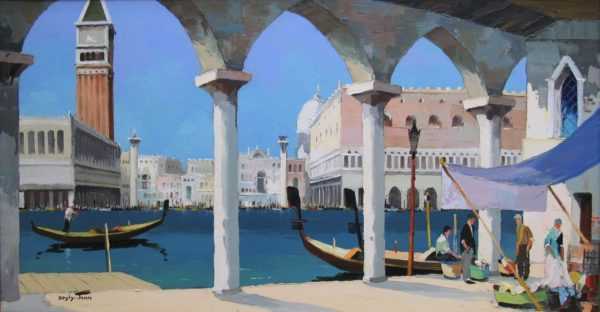 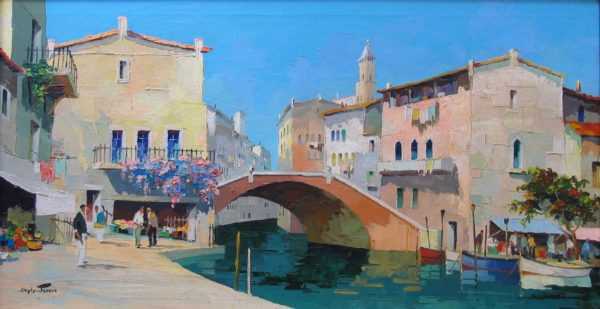 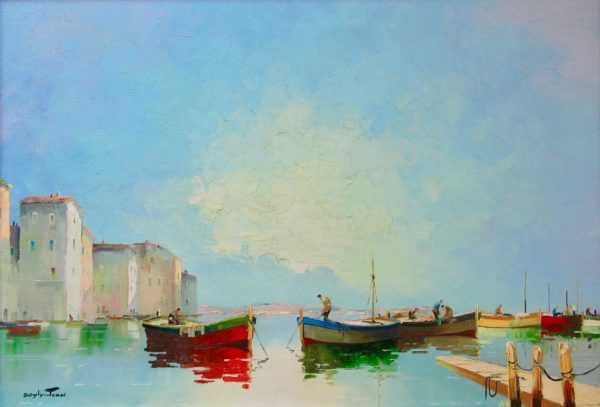 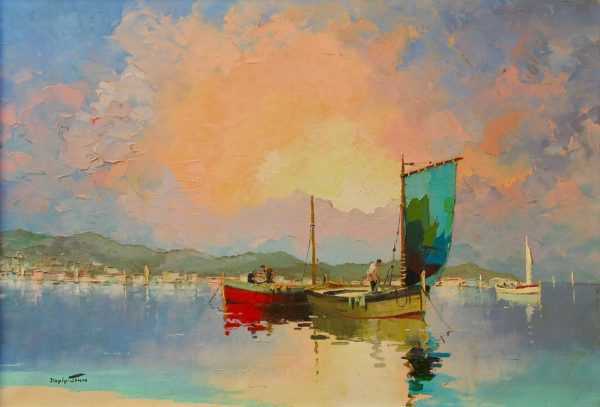 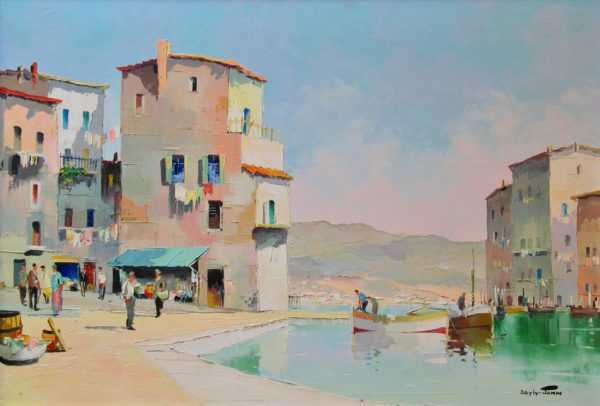 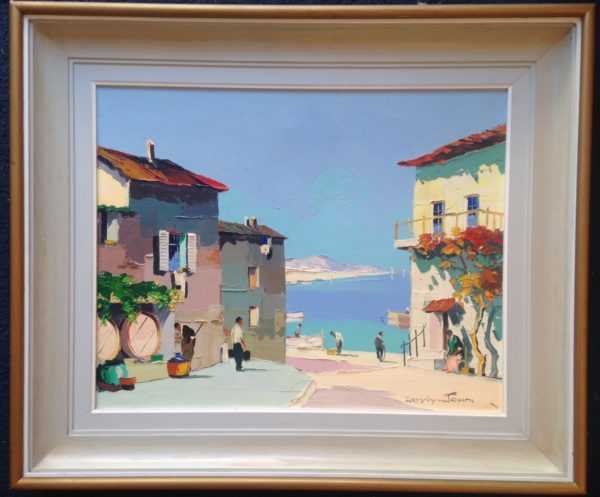 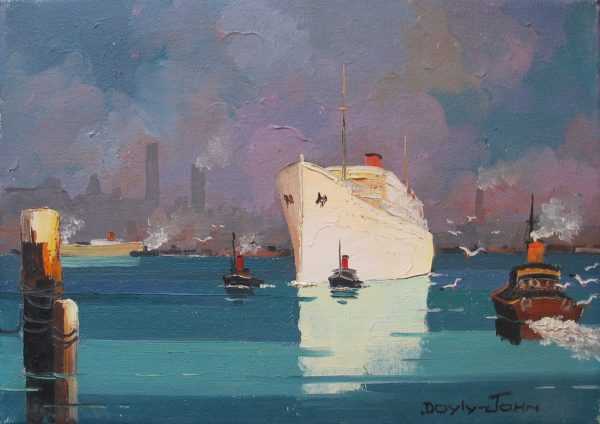 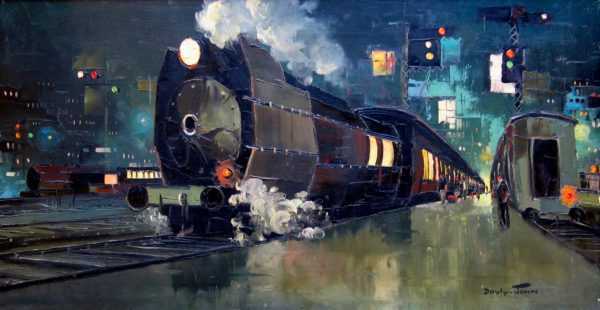