We can help you to sell Edward Seago paintings with a free valuation. We are interested in purchasing original Oil Paintings and Watercolours by Edward Seago. Clients in the U.K., Europe, USA and worldwide regularly sell Edward Seago artwork to us. We offer a discreet, reliable service with swift payment avoiding 50% auction value fees taken between buyer and seller.

For a Edward Seago Valuation please contact the gallery with details:

Born in Norwich in 1910 he was a painter, illustrator and writer and studied at the Norwich School. Edward Seago was mainly self taught having won an award from the Royal Drawing Society. However he did have the advantage of advice from Sir Alfred Munnings and Bertram Priestman. From these experiences he formed his own impressionist / post impressionist style with influences from earlier British artists.

He exhibited successfully and his work came to be appreciated and collected by the Royal Family.
Joining the Bevin’s Traveling Circus between 1928-1933, when 18, Edward Seago traveled around England, France and Ireland. He recounts his experiences in his books ‘Circus Company’[1933] and ‘Sons of Sawdust’[1934].

During the Second World War he worked on developing camouflage while in the Royal Engineers. During later years he was invited on a Royal tour on Royal Yacht Britannia of the Antarctic in 1956.  He designed a car mascot of St George and the Dragon for Queen Elizabeth II state limousine. Edward Seago died in 1974 with around 20,000 painting in existence.

He has paintings in the Royal Collection and the National portrait Gallery in London and has exhibited at The Royal Academy, Paris Solon, Royal Society of British Artists and Royal Society of painters in Watercolour

What did Edward Seago paint?

We often see open edition and pencil signed lithographic prints. These have subjects including :’The light house’, ‘The Landmark’, ‘The Port of Ponza’, ‘Gondolas by the Salute [1964]’,’Racehorses on the Sand’,’Barges at Pin Mill’ and ‘Queen Elizabeth listening to Princess Elizabeth playing the piano’

Where did Edward Seago sell?

Our clients present works that have been either purchased direct from Edward Seago or from a known gallery [some were agents for Edward Sego]. Gallery labels are important and form part of the painting’s provenance along with invoices and frames. Some of the galleries and auction house labels we see are from: The P. & D. Colnaghi & Co. in London, Portland Gallery, Blair Laing in Toronto, Marlborough Fine Art in London, The Everard Read Gallery in Johannesburg, Pieter Wenning Gallery in Johannesburg and The Taylor Gallery in London Others include  Richard Green Gallery in London, The Heffer Gallery in Cambridge, Patterson & Shipman in London, E. Stacy-Marks in Eastbourne ,Frost & Reed in London, Christie’s, Bonhams and Sotheby’s.

Books, some with illustrations: 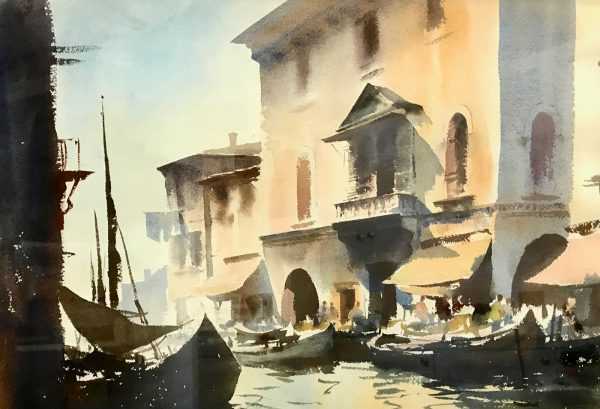 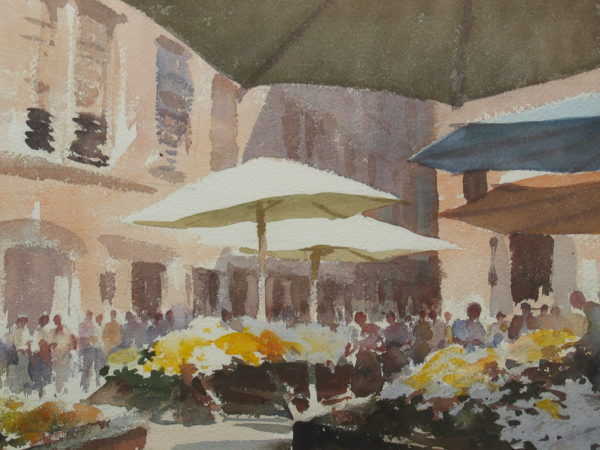 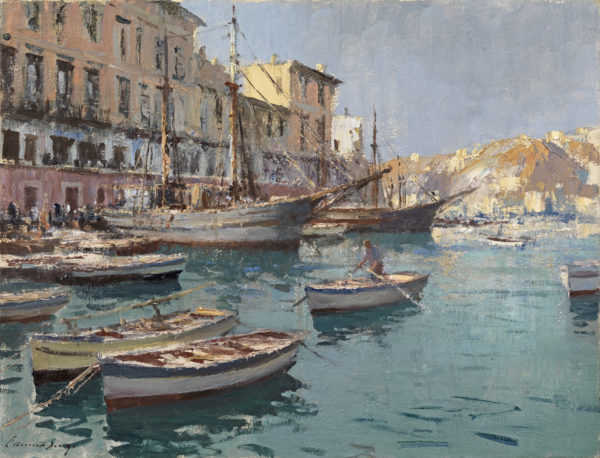 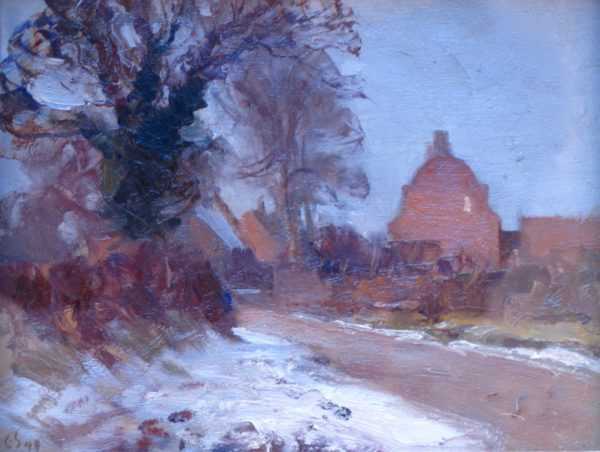 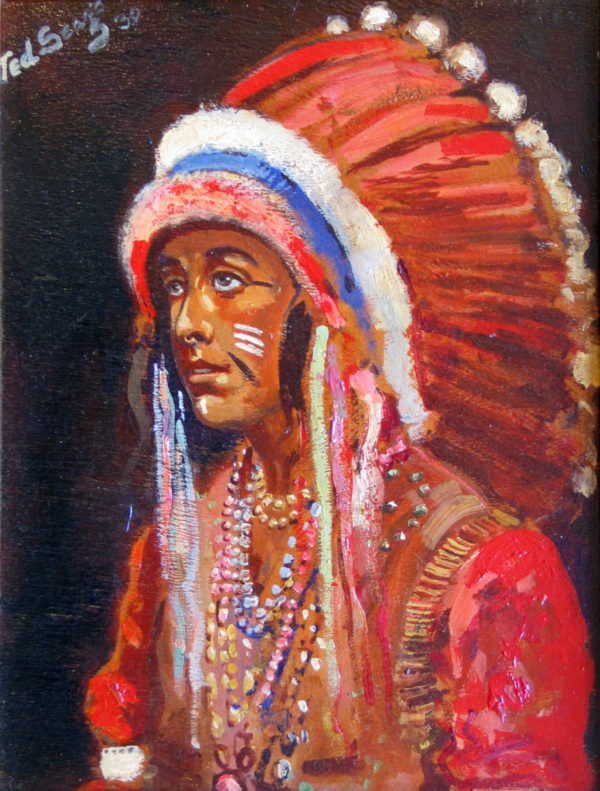 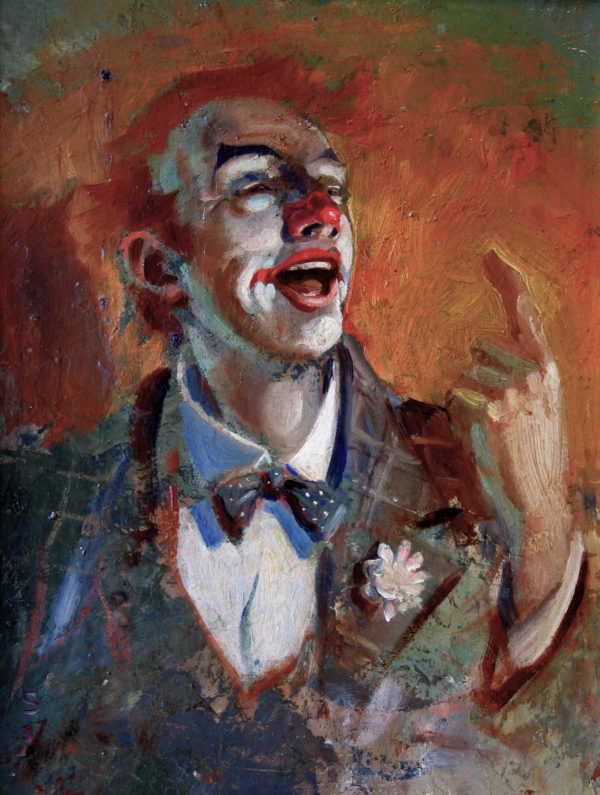 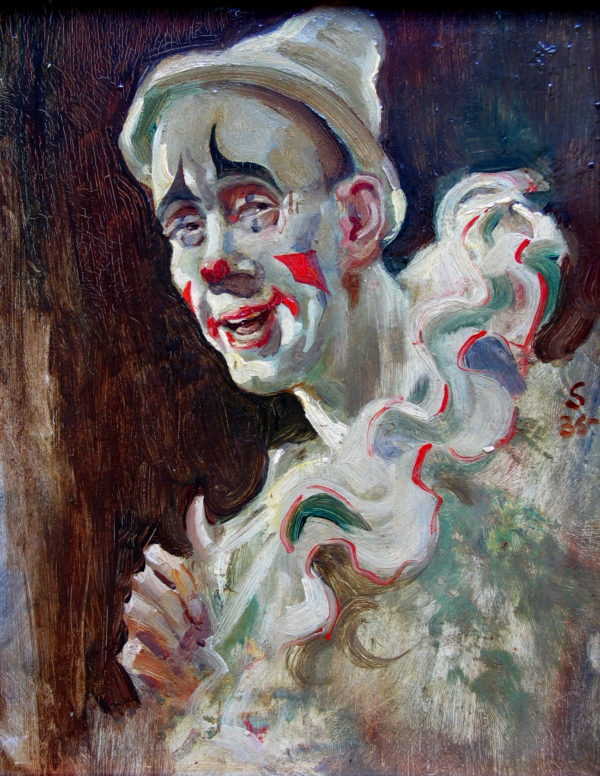 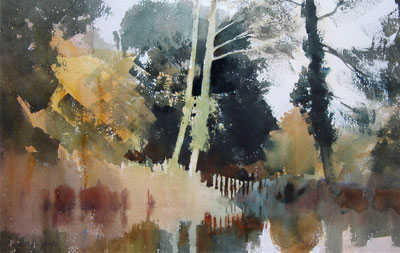